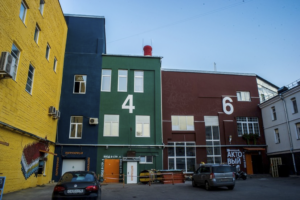 Art residence: the strategy of creating and developing creative spaces. It were about a 2 months federal education program for specialists who would like to open and develop creative spaces (clusters, incubators) in the cities in Russia.

90 people were taking part in the program to work on the projects in 19 regions. The aim of the program is to upgrade the skills of the participants and to help them to improve their projects. Participants have online and offline lectures and workshops on topics:

Every project where mentored by one expert for 2 months. The program where organized by Universal University (University of creative industry) and Art Cluster Tavrida. 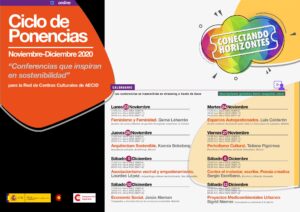 For this conference program, we moved a number of professionals who excel in their respective specialties in the search for unusual or infrequent perspectives and disciplines from the point of view of career guidance.
A exciting proposal in its diversity from which eight themes were extracted that made up this cycle of streaming interventions. Such interventions in all cases have generated a material that, in a historical moment like the one we were going through at the end of 2020, well serves as a static picture of some of the international trends in the field of cooperation and social matters.
It is an interesting document full of contemporary realities that make up sustainability, inclusion, solidarity, self-management, creativity and culture.
[/columnize] [/accordion_item] [accordion_item title=”ONLINE. Moscow School of Economics and Social Sciences. Creative Industries and the Pandemic. Mayo 2020″] [columnize] 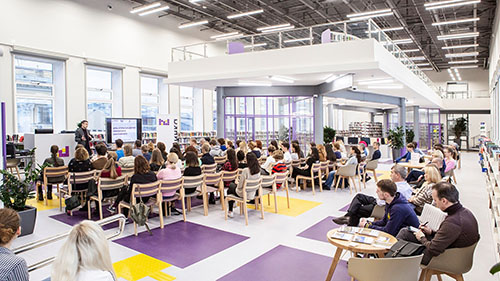 Creative industries are the driver of city development in sense of economy, local communities and urban landscape.
Plenty of creative hubs and cultural centers attract not only locals, but the entrepreneurs and tourists, sometimes play the key role in many social issues.
We’re going to set a programme of workshops with the representatives of european cultural centers and creatives venues who will share their experience with Russian specialists in the field. And the experts of MSSES will take a part as moderators who help the audience to apply new practices to the local circumstances.
Moscow School of Economics and Social Sciences aka Shaninka is the Russian-British university, graduates over 3000 specialists in the fields of cultural and media management, political science and sociology. The educational programs are validated by University of Manchester, UK.
[/columnize] [/accordion_item] [accordion_item title=”Hull. UK. IETM. International Network for Contemporary Performing ARTS. Marzo 2019″] [columnize] 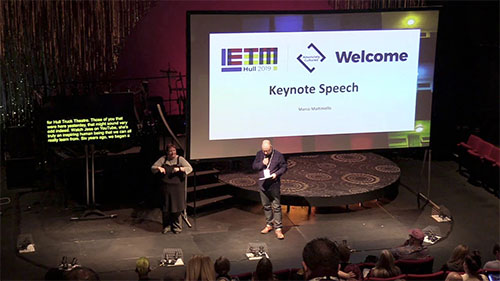 IETM is a membership organisation for contemporary performing arts, with more than 500 members from over 50 countries. With a mission to advocate for the value of the arts and culture in a changing world, IETM holds two plenary meetings each year in different European cities. Hull was the first UK city to host a plenary since 2010.

Keynote speakers included Sade Brown, an award-winning social entrepreneur and founder of Sour Lemons, which addresses the lack of diversity in leadership within the creative, cultural and social sectors, Luis Calderón, founder of CONFUZIA Culture & Education, and British theatre-maker and comedian Jess Thom, founder of Touretteshero. 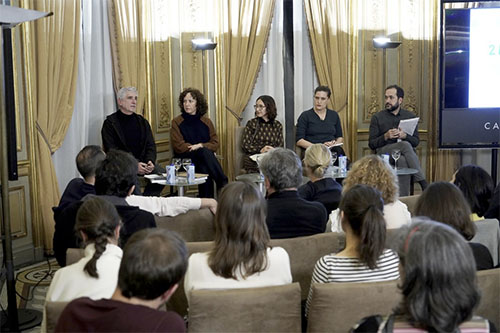 From Monday, December 16th to Thursday, December 19th, the program ‘Enredados: Semana de la Red de Centers de Culturales de la Cooperación Española’ took place at Casa de América with the aim of bringing closer and giving visibility, in the cultural sector and in citizens to the innovative work of cultural cooperation that is carried out in the different headquarters of the Network of Cultural Centers of Spain abroad (CCE), whose work is framed within the 2030 Agenda for Sustainable Development of the United Nations. It is organized by AECID, supported by Casa de América and has the collaboration of the Real Academia de España in Rome, the San Sebastián Film Festival and the Niemeyer Center (Avilés).

The centers implement cultural programs in collaboration with local institutions. They are inclusive spaces of encounter and citizen participation between men, women, youth, boys and girls who demand the possibility of improving their living conditions through the defense of their cultural diversity as a fundamental instrument for human development, the improvement of coexistence , governance and social cohesion.

During these days, different professionals from both sides of the Atlantic from the fields of culture and cooperation met at Casa de América to discuss and show, through the proposed activities, the work in the different headquarters of the CCEs in Latin America and Equatorial Guinea. Round tables, exhibitions, performances, dance performances or musical performances were enjoyed. Likewise, the Spanish Cooperation Award Film Cycle of the San Sebastián International Film Festival was presented, in which the four films awarded with this award could be seen: Oscuro Animal, Alanis, Los silencios and Nuestras Madres.
[/columnize] [/accordion_item] [accordion_item title=”Rijeka. Croacia. Participatory Governance in Culture Conference. Rijeka 2020″] [columnize] 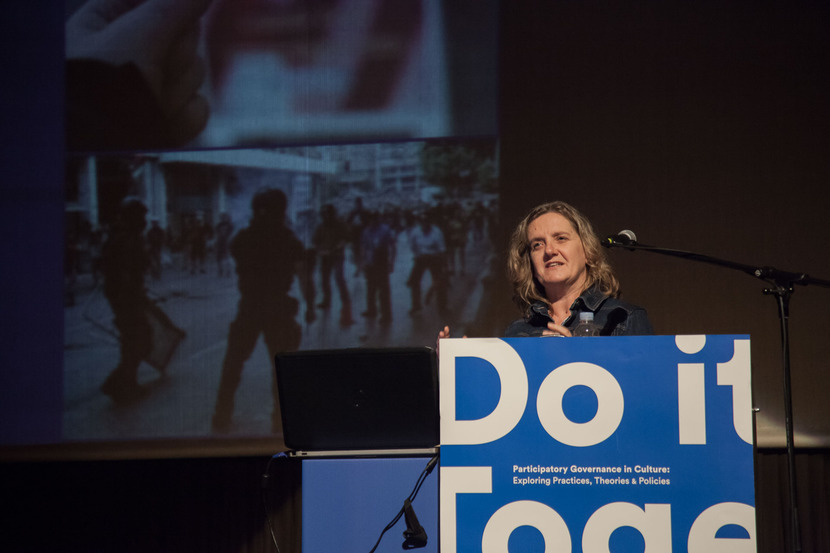 The topic of participatory governance has become very important because traditional public or market-oriented governance models are proving to be inadequate for finding solutions for the complex challenges of creating policies, changes in socio-economic environment, and the needs of workers in culture, artists, audiences and local communities. The conference programme included a wide range of topics related to the challenges, limitations, paradoxes and perspectives faced by cultural research, practices and policies in participatory governance in culture. In order to understand the significance and role of participatory governance in culture it is important to explore changes in social and political contexts, the cultural and socials role of new organisational models, the decision-making process participation levels and models, and the (re)organisation and relevance of their roles.

The aim of the conference is to explore the field of participatory governance in culture through various aspects and approaches, including the following topics:

1. Implications of participation in the promotion of democratic values in the area of (cultural) policies
2. Complexity of the relationship between power and transfer of governance to multiple stakeholders
3. Differences between private, public and joint interests of all relevant stakeholders
4. Ethics of participatory processes
5. Institutional changes and innovations, and policy changes and innovations
[/columnize] [/accordion_item] [accordion_item title=”Nueva Orleans. EEUU. Post-Carbon Cities of Tomorrow. New Orleans City Council. Marzo 2019″] [columnize] 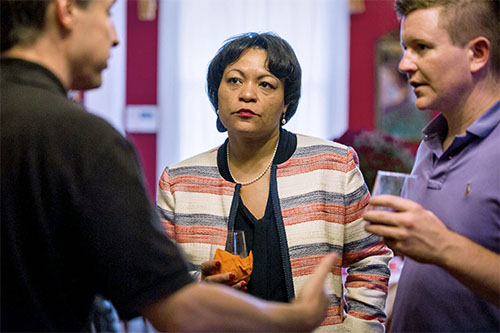 Post-Carbon Cities of Tomorrow, represents a portfolio of projects all working toward the same goal: leveraging the diversity and dynamism of the world’s cities to create a more accessible, inclusive, and sustainable future. What began as a European research project to create a platform for EU cities to exchange strategies for addressing the environmental, economic, and social impacts of urbanization has evolved into a global network of community organizers and city planners, architects and activists, urban gardeners and taxi drivers who are passionate about their cities and committed to securing their futures. This evolution really began with the second project in the US, which is what this brochure is all about. The core proposal in the US was to pair experts from six EU cities with six cities in the United States. We divided the project into two tours and focused on three topics relevant to every urban area: sustainable mobility, storm water management, and building sustainable communities. In each US city, our EU experts shared their experiences implementing projects, both large-scale and small-scale, that helped move their cities toward a more sustainable future[/columnize] [/accordion_item] [accordion_item title=”Menorca. España. Curso de Gestión colaborativa de espacios y equipamientos públicos. Consell Insular de Menorca. Enero 2019″] [columnize] 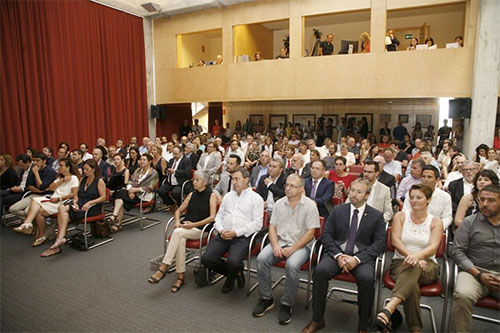 The course, promoted by the Insular Council of Menorca and directed by the environmentalologist Xavier Sabaté, offered attendees the opportunity to learn about collaborative management as a strategy framed in open government, the key aspects of this type of management in terms of design, execution and evaluation of results, as well as the different phases that make up the process.

The meeting was also attended by representatives of some successful examples of collaborative management, such as La Harinera de Zaragoza (Diego Garulo), Casa Orlandai (Oriol Barba and Marta Masats) and Nave Bostik (Xavier based) of Barcelona, ​​Confuzia Cultura y Educación (Luís Miguel Calderón) from Madrid and the model of the Participation area of ​​the Sant Feliu de Llobregat City Council (Carlos Olano).

The high degree of attendance and the variety of participants, including both members of the administration and the island’s associative fabric as well as individual citizens, turned this meeting into a space for debate that serves to enrich the participatory process Ca l’Avi and other similar processes on the island.
[/columnize] [/accordion_item] [accordion_item title=”San Antonio. EEUU. New Urban Governance Approaches. University of Texas at San Antonio. UTSA. Octubre 2018″] [columnize] 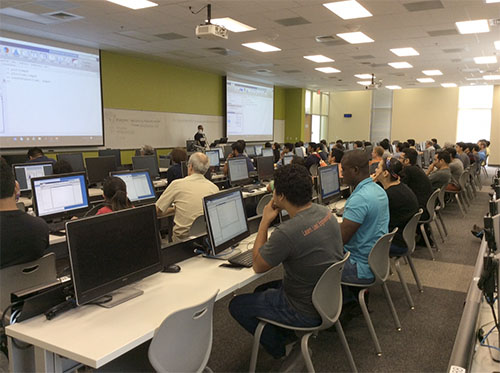 Approaches to urban governance are changing rapidly as cities struggle to adapt to the challenges of the 21st century. Climate change, migration, security, and a more fragile global economy are all driving urban change at a time when national governments continue to hesitate with a full commitment to cities and urban development (Frug & Barron, 2008).

In many jurisdictions, financial transfers from national to subnational governments have mostly been stable or even slightly increasing (in absolute terms) over the years, but these transfers are often not proportionate to the increasing responsibilities and challenges that cities have to meet (United Cities and Local Governments, 2016). Resources rarely come with augmented authority for cities, meaning that even where cities are secure in budgetary terms they often have little autonomy for developing policy responses to meet these new and intractable challenges.

Climate change is a topic that is debated, doubted and covered by news outlets across the world. Luis Hestres, in the Department of Communication at The University of Texas at San Antonio (UTSA), is researching the evolution of climate change activism and how advocacy groups use digital platforms to mobilize.
[/columnize] [/accordion_item] [accordion_item title=”Amman. Jordania. Culture for Solidarity Program. European Cultural Foundation. Noviembre 2017″] [columnize] 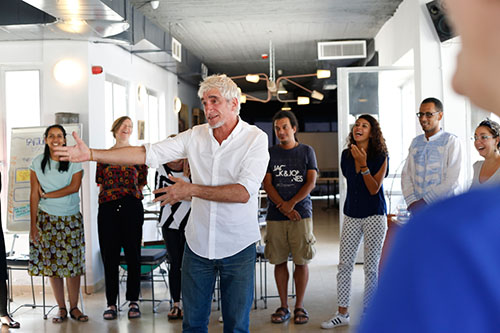 At Culture for Solidarity FEST artists, researchers, cultural mediators, journalists, activists and representatives of institutions will discussed the future of Europe, beyond the European elections in May this year. The conversations on work, housing, public space, diversity, identity and democracy were based on the participatory action research in five European cities as part of the project Culture for Solidarity.

Culture for Solidarity investigates the roots of fragmentation in Europe through an artistic lens. The programme explores, discusses, and creates cultural practices that bring unusual groups of people together. We challenge cultural institutions to rethink their relationship to their audiences, and we inspire people who don’t usually attend institutional cultural activities to become active in the shaping and making of these events.

Together, we find new ways of bringing people of different backgrounds together and create something ‘with’ them instead of ‘for’ them. Starting with a research phase, we will continue to develop new strategies with and for the cultural sector, and host an incubator workshop for fifty participants to develop their fresh and daring ideas for solidarity in their communities.[/columnize] [/accordion_item] [/accordion] [gap size=”80px”]

Any cookies that may not be particularly necessary for the website to function and is used specifically to collect user personal data via analytics, ads, other embedded contents are termed as non-necessary cookies. It is mandatory to procure user consent prior to running these cookies on your website.